Two doctoral students from EECS, out of a total of 35 from different universities across Sweden, participated in the first meeting of the WASP-HS graduate school. For two days, they engaged in a virtual conference that will benefit and develop their continued career in the AI field.

WASP-HS, The Wallenberg AI, Autonomous Systems and Software Program – Humanities and Society, is a ten-year program financed with SEK 660 million by the Wallenberg Foundations. The aim is excellent research and increased knowledge of the possibilities and challenges of artificial intelligence and autonomous systems for the humanities and society.

The meeting was a two-day virtual event with the purpose to introduce the topics and visions of WASP-HS and to get to know each other.

Each of the doctoral students hold a position at a Swedish university as a member of one of the 16 research projects that are run in the WASP-HS program. The graduate school will build a community where the research students can learn from each other and support each other through their doctoral studies as well as during their continued careers by means of alumni activities.

The WASP-HS graduate school will contribute to the diversity and inclusion of AI related expertise and as such strengthen Sweden’s and Europe’s much needed soft-skills on AI and autonomous systems. The graduate school complements existing doctoral programs at KTH by contributing to a wide interdisciplinary competence in humanities and social sciences and its relation to AI and autonomous systems. A goal is to train future researchers to the highest international standards by providing integrated training in philosophy, social science, policy research, organisational science, psychology, and other humanities and social science disciplines.

Two doctoral students from EECS, Rachael Garrett and Kristina Popova, take part in the doctoral school. Both work in the "Ethics as enacted through movement – shaping and being shaped by autonomous systems" project that is led by professor Kristina Höök from KTH EECS and associate professor Airi Lampinen from Stockholm University.

“It’s exciting that researchers from diverse backgrounds are being brought together in WASP-HS. This is an indicator of how pervasive AI will become across society and the creative industries. We are looking forward to contributing an alternative view on what our interactions with these systems could entail,” says Rachael Garrett, doctoral student at the Division of Media Technology and Interaction Design. 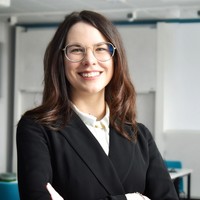 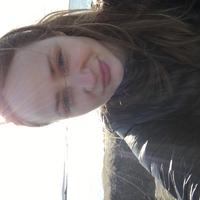 (This article is based on a press release written by Mikael Hansson at the national research programme WASP-HS, The Wallenberg AI, Autonomous Systems and Software Program – Humanities and Society)