Mario Romero from CST with the project Visbac

Visbac: Visualises how viruses and bacteria can spread in indoor air, for example in hospitals.

Mario, congratulation to being represented in IVA's 100 lists!

What does this mean to you and the project team?

"Thank you! This is a group effort between fluid mechanics and visualisation at KTH, clinical practice at Danderyd Hospital and clinical research at Karolinska Institute.

The nomination means that we have raised public awareness by recognition of the Royal Swedish Academy of Engineering Sciences. It means that we are a recognised target for funding, towards innovation and entrepreneurship, in understanding and lowering hospital-acquired infections. We are very excited and will take it one step at a time."

When can this be developed to be used in commercial use or public spaces?

"Given the current and alarming awareness of the infectious potential of air, particularly in critical spaces such as hospitals, we may see an accelerated effort towards making tools such as VisBac a commonplace visual shield against the spread of disease. This may be particularly useful through mobile-based augmented reality visualisations. The goal continues to be to make the invisible visible through predictive simulations and contextual visualisations."

The people involved in the project are, in alphabetical order: 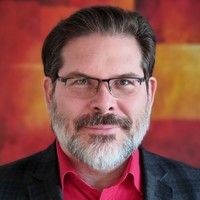 Bacteria in the air visualised in hospitals (KTH news)