Postdoctoral researcher at The Division of Decision and Control Systems, Miel Sharf, has been chosen as one of Forbes’ Israel 30 under 30. Talented young people who has shown that "creativity can't be quarantined."

Congratulations on being selected as one of Forbes 30 under 30! Could you tell us a bit about your background?

“I was born in Kiryat Motzkin (a suburb of Haifa in Northern Israel) in December 1995. I started attending university (Technion – Israel Institute of Technology) when I was 14 and completed my B.Sc. in Mathematics when I was 17. I did my masters in theoretical mathematics, studying the geometric structure of certain symmetry groups that arise in analytical mechanics. When I was 20, I started my PhD in the aerospace engineering department of the Technion. My work at the time focused on energy-based control of multi-agent systems. I started my post-doc position at DCS this September, working with Professor Karl Henrik Johansson.”

Why do you think Forbes chose you as one of their 30 under 30, and how do you feel about being selected?

“Excited! I think that being selected as a part of Forbes’ Israel 30 under 30 is recognition for my success so far, as well as recognition that my plans forward are promising and that I can achieve them.

I think I was chosen for three reasons – my research outlook, my accomplishments in research so far, and my young age. These together show that I have a very clear and interesting goal, and that there is a good chance I will get to it: Most people in Israel that attend university start doing so around the age of 22-23, due to the mandatory military service. I graduated with my PhD one month after celebrating my 24th birthday.

During my PhD, I published four full-length papers in IEEE Transactions on Automatic Control as a first author (together with Automatica, this is considered the top journal in control theory, which is my field of research). Two other such papers are currently in peer review. I also published multiple shorter letter papers and conference papers. Besides that, I was also the recipient of multiple awards for outstanding accomplishments in research. These include the local Dov Shimshon Cohen and Deborah and Josef Shinar Awards (for outstanding research in aerospace engineering in Israel), and the IEEE, IAAC and Designs student travel awards. My thesis also one the springer thesis award, and is in the process of being published as a book by Springer Nature”.

What are you working on at the moment?

“My current line of work focuses on modularity in dynamical systems: Modern engineering systems, such as autonomous vehicles or smart manufacturing systems, are composed of many different components of various functions, e.g. sensing, control, planning and actuating. Verifying that such systems are safe is of utmost important on one hand, but extremely cumbersome on the other hand. Indeed, it is estimated that verifying that an autonomous vehicle is “safe enough” takes about 109  hours of data, and existing formal theory methods, which treat the entire system as a monolithic entity scale exponentially with the dimension of the system. Such verification processes can also be extremely wasteful – any minute change to the system (e.g., replacing one of the sensor with an equivalent alternative, or slightly changing the driving algorithm to be more cautious) will require verifying safety of the system from scratch.

A modular design scheme treats each subsystem (or each individual component) of the composite system on its own. The goal is to design each subsystem individually, in a way that guarantees that the composite system is still safe. For software (and the “cyber” aspects of cyber-physical systems), the theory of assume/guarantee contracts can be used to verify safety of the composite system. However, computational aspects for (control) dynamical systems are still lacking. My research focuses on these computational aspects for control dynamical systems – how to verify that a given component (or subsystem) satisfies a given contract, how to verify that a collection of contracts on different subsystems guarantees safety for the overall system, and how one can use these contracts in design to detect faults in the system. The tools I design rely on optimization theory, and specifically the notion of linear programming, meaning that they can be applied quickly even on large scale systems”.

You seem to have had a great focus on science since you were young, and it has clearly paid off. Do you enjoy doing other, non science-y, things in your free time?

“Yes. In epidemic-free times, I would travel a lot and go on hikes. I would also play basketball, participate in pub quizzes and play board games with friends. In these zoom-enabled times, I dedicate more of my time to cooking, writing, video games and table-top role-playing games”. 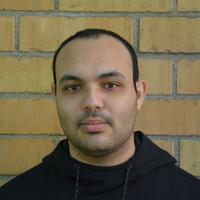