Robert Lagerström in the the Research Grand Prix

Robert Lagerström – you are competing in the semi-finals of the Research Grand Prix in Stockholm. In only four minutes you will present your research to win a place in the final, aiming to be the best research communicator in Sweden.

Robert, How does it feel to attend the semi-finals of the Research Grand Prix?

"I feel excitied and nervous. It is going to be a lot of fun. Hopefully, the audience will appreciate my short pitch as much as I have enjoyed preparing."

Is it hard to explain your research in only four minutes?

"It is very difficult. There are so many things you want to say and explain. You have to really boil it down to something people will understand without losing depth. But it is a very good exercise for a researcher to do."

How did you prepair for the semi-final?

"I have attended a workshop and also had some individual coaching. Further I have read and watched some of the presenters from previous years. Most time has been spent on thinking about what I want to get said and write it down. Now I am in a phase of doing the finishing touches."

This year it is in a webinar, do you think that is an advantage or disadvantage?

Would you recommend your colleagues to do this?

"Definitely. It is really worth the preparation, also for other occasions, and I think it will be really fun doing it."

Do you have some advice you can share with your colleagues?

"Don’t be afraid to try new things to reach out with your research. In order to grow you need to push yourself beyond your comfort zone." 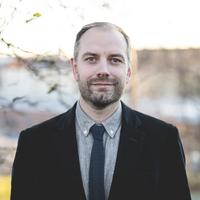 Research Grand Prix in Stockholm, an event held in conjunction with ForskarFredag.

ForskarFredag is part of European Researchers' Night and Sweden's most widely spread science festival with activities all over Sweden, this year in a webinar.