In memory of Professor Oskar Wallmark

With sadness, we bid farewell to our dear colleague and friend Professor Oskar Wallmark who passed away 7 February 2021 after a short period of illness, but a long fight with cancer.

Oskar received the M.Sc. degree in Engineering Physics and the Lic.Eng. and PhD degrees in Electric Power Engineering, from Chalmers University of Technology, Göteborg, Sweden, in 2001, 2004, and 2006. His PhD thesis focused on control algorithms for permanent-magnet electric drive systems in automotive applications. During his PhD studies, he spent time at the Wisconsin Electric Machines and Power Electronics Consortium (WEMPEC) at the University of Wisconsin-Madison, U.S.

In 2006 he joined the Department of Electrical Energy Conversion as a researcher. He immediately took up work on various aspects of electrical drives for railway applications. Oskar was a highly appreciated guest of the electric drive control group at Bombardier Transportation AB in Västerås. He developed an electric motor design software and studied novel winding arrangements for slotless electric machinery in collaboration with Atlas Copco Tools and Assembly Systems in Stockholm, Sweden. In 2010 he was promoted to Associate Professor, and in 2020, he was promoted to Professor.

For several years, Oskar was a highly valued leader of the Electrical Machines and Drives research group. Excellence was a leading star for him, and he could see and encourage everyone around him. A positive and calm approach were distinctive features of his tenure. He was always ready to help students and group members to excel, but he preferred to let others into the limelight while he stood by and enjoyed their success.

Being an engineering physics student from the beginning, Oskar brought in new ideas on how to teach designing electrical machines based on a rigorous theoretical approach. The courses he developed were much appreciated by students thanks to their innovative components where he successfully mixed theory, computer simulations, and hands-on work with real electrical machines.

His research mainly focused on electric machinery and power electronics for automotive applications, both theoretical and practical. He was, for example, part of the team of senior researchers at KTH that in 2013 completed the Research Concept Vehicle developed at the Integrated Transport Research Laboratory situated at KTH. He was also deeply involved in several research projects within the Swedish Electromobility Centre, where he, since 2019, served as a thematic leader within the research theme of Electrical Machines, Drive Systems, and Charging.

Oskar has successfully supervised or co-supervised graduate students to nine PhD degrees and one Licentiate degree.

Our deepest sympathies go to Oskars' family and friends. He will be sadly missed.

We will present a book of condolence to Oskars' family. If you wish to contribute via mail, please contact Mats Leksell no later than xx March (exact date will be added). 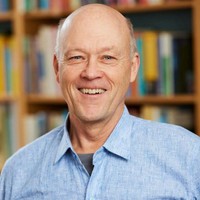