Stockholm’s Royal Institute of Technology (KTH) has a long-standing partnership with the University of Tokyo in general and their Graduate School of Engineering in particular. Over the course of several years, the management at KTH has been working to establish a strategic partnership as part of the University’s objective of achieving more in-depth cooperation with a number of leading international universities. In conjunction with Karolinska Institutet and Stockholm University, KTH is a joint partner with the University of Tokyo.

University of Tokyo in brief

Japan is a major power in the world of research, accounting for approximately 15% of the world’s research activities. As the largest recipient of Japan’s Ministry of Education’s funding for research within science and technology, the University of Tokyo holds a very central position within Japan’s university sector. Many of Japan’s professors and researchers have their background at the University of Tokyo. A strategically prioritised collaboration is expected to be beneficial to KTH in a variety of ways.

Conditions in Japan and Sweden are quite similar and the two countries are faced with similar future challenges: a developed economy, strong technology sector, high targets for environmental and security issues, and the problems presented by an ageing population. The Japanese state is currently investing considerable resources in the internationalisation of education and research in the country, with the aim of promoting 30 universities to leading international positions. The University of Tokyo’s objective as part of this investment is to identify ten universities for strategic partnerships. The combined partnership with KTH, KI and SU constitutes one of these 10 strategic partnerships. In July 2016, a Letter of Intent was signed by the four universities as a first step towards a more formalised collaboration. The development of the collaboration will take place within three broad fields:

In September 2017 an agreement for the strategic partnership was signed that built on the Letter of Intent.

A special collaborative project for internationalization of students in mechanical engineering called Global Mechanical Engineering (GME) can also be mentioned. Through the collaboration number of students are helped each year to do research work for one semester under supervision at the host institution. The University of Tokyo, École polytechnique federal de Lausanne (EPFL) and KTH are the partners in the GME-project.

KTH and the University of Tokyo’s School of Engineering also work together within the Deans’ Forum university network, which also includes such institutions as ETH Zürich, Imperial College London, UC Berkeley and MIT. The primary purpose of this network is to develop the engineering curriculum and industry collaboration.

Find out more about the Deans’ Forum

Activities to develop the partnership

The next major activity is the Parternships's workshop for 2020 and is currently in the planning. It will take place on KTH campus in September 2020.

Granted applicants who should be faculty of KTH will receive a support of 50 KSEK per month for visits between one and four months duration. Young researchers have priority. The programme started in 2017. 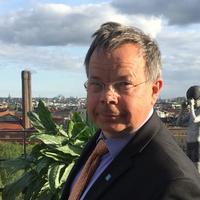 Per Lundqvist
Academic contact person for the partnership with University of Tokyo
perlund@kth.se , 087907452
Profile 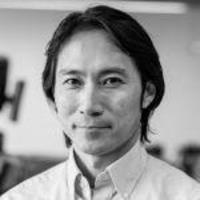 Atsuto Maki
Coordinator for the partnership with University of Tokyo
atsuto@kth.se ,
Profile